Why Are Yeti Coolers So Expensive : Here Are 7 Reasons 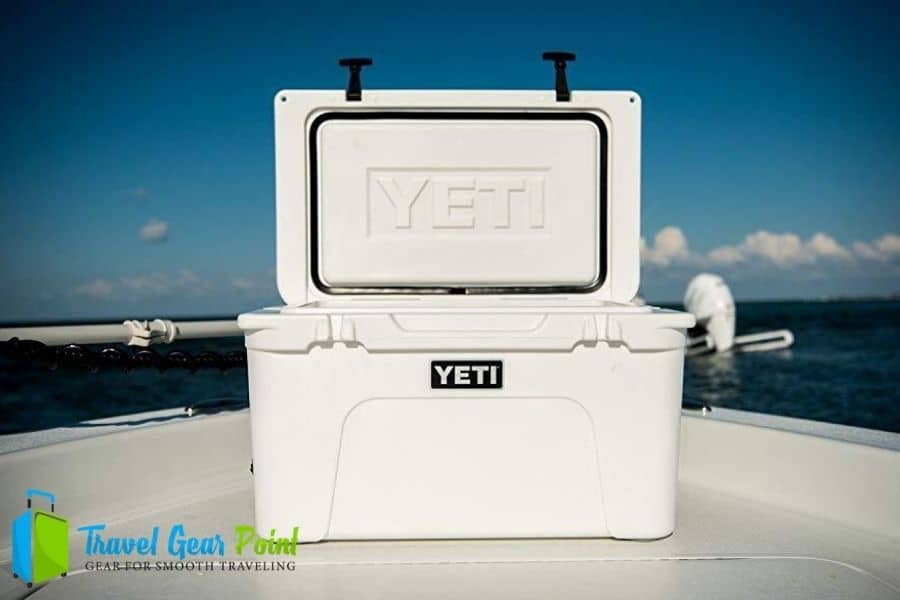 Table Of Contents Show
Firstly Let’s Know What Features Most People Search In A Cooler:
Why Are Yeti Coolers So Expensive : 7 Reasons Here

If you think about coolers then at first the brand name will come to your mind is Yeti coolers. But the question of Why Are Yeti Coolers So Expensive will pop up to your mind. You also wonder, right?

For any kind of party or outing coolers are important. And it will be great if they are wheeled cooler. And Yeti has all those features which make it expensive.

This brand is famous in the world of cooler. It has some great features which make it so popular among people.

Firstly Let’s Know What Features Most People Search In A Cooler:

As now we know what do people search in a cooler before buying it. Now let’s check what do Yeti coolers have that make them so expensive.

Why Are Yeti Coolers So Expensive : 7 Reasons Here

That fact comes first when you going to buy a cooler. It has one of the best ice retention capacity. It can keep things cold for 5 to 10 days. Most of the coolers fail to do that.

This is the main reason people tend to buy it. Because in a cooler what we find is how long they can keep the stuff cold.

And in hot summer parties, people love frost beverage and the coolers keep it cold for long.

If you want to keep you your stuff cool then you must follow this particular thing. Don’t open and close the cooler frequently. Then you may not get the same performance by the cooler.

The capacity or ice storage depends on the size of the cooler. They are available in many sizes.

So, according to your size preference you can get any small or big cooler you want. The bigger the cooler, the more storage you get.

The capacity depends on the cooler size. The different model of Yeti coolers has a different type of weighing quarts.

Though the written model numbers are not the number of quarts they can weigh. Well, you can search the chart of their model numbers and other product details.

When people think to buy a cooler thy mostly go for a product which is already renowned. People compare other brands with yeti coolers because of their product quality.

Well in other sense their products are expensive because people are willing to pay them so much money. Although the products are so good and desirable that people are bound to get them.

Whenever someone thinks of high-end coolers, the first name that will come to their mind is Yeti Coolers. They have earned that position over the years. Just like people prefer iPhone over Android.

Moreover, Yeti coolers make such short documentaries and beautiful ads that they make us buy those products. They present their products in such a way that people go for it without thinking twice.

Moreover, many people made experiments and tried to find out how the Yeti coolers made. They even compared Yeti coolers with other normal coolers.

They found out that Yeti coolers are made with thick insulation. Beside the Yeti coolers have insulation on their lid. Which I think great. What do you say about this great feature?

The Yeti is famous because they come first into the market with coolers. In back 2005-2006 they made rotomolded coolers single-handedly. Though that time those products were cheap.

Those crappy coolers were available only available at the Walmart and to local stores. Now Yeti are famous all over the world.

People trust their products because they are in the market for a long time. Then gradually Yeti came up with their over-engineered coolers.

In that time if anyone had one o Yeti coolers, people would show off them in front of their friends.

It was very cool to have such an amazing cooler at that time. Yeti needed many years to establish themselves. At that time other brands started copying the.

As they started making coolers at first, that’s why people trust the quality of their products and buy them.

These coolers will satisfy you cause their longevity. You maybe feel the products overpriced when you will buy them. But when you will be able to use it years after years.

The performance of the coolers will satisfy you so much that you will forget the overprice. The Yeti coolers have such great quality and features. Besides that, they can be used for years.

Over the years Yeti has updated their products which make them more famous. They have been making coolers for the last 14 to 15 years. Though they are still large.

Most of the other features have been changed and updated in previous years. They innovated their duffle bags and buckets also their rambler cups and bottles.

They innovated soft coolers and made them better than their previous products. They always come up with something new and innovative.

To conclude today’s discussion on the question of why are yeti coolers so expensive, we gave you some important reason. These coolers are also not over the flaws.

But still, Yeti is a premium brand and you can use them for years. That’s when you will realize that Yeti coolers are worth the huge price.

Travelgearpoint is a glimpse website deals with the most modern, trendy, fashionable as well as classy gear to make your outing meaningful. It, additionally- details on the popular gear-brands and online store for travel-savvy. Resulting, make sure you need not break the bank while traveling.